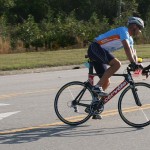 The previous course record was broken by not one, but two riders. Henry Arias turned in a 13:24 time, beating Will Gonzales’s previous record of 13:30. He didn’t hold the record long. Brock Brinkerhoff shattered the record with a very impressive 13 flat!

Turn out was a little low because several of our “regulars” were running in the Disney marathon, but we expect to see them back at our next event on February 3rd. We are pleased that several triathlon groups, such as Hunter’s Creek Running Club, are coming to our Sunday events as part of their triathlon training. It really is a great way to train and test your progress for a triathlon.

Here is a Facebook photo album from the event. 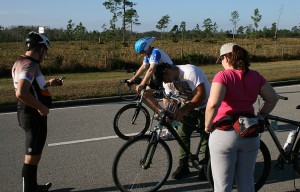 Adjusting numbers and getting ready for the start. Allen Steele about to launch in the background 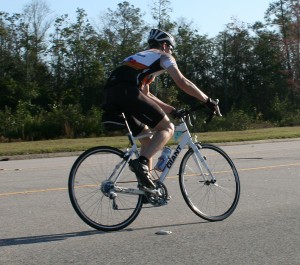 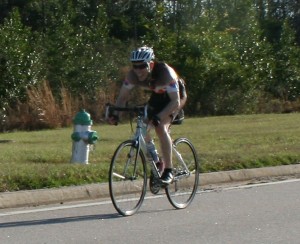 Patrick Welch at the finish 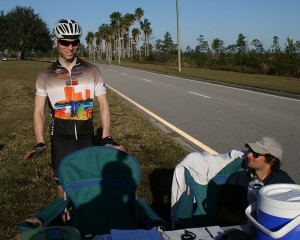 Patrick and Adam Baskin before the start 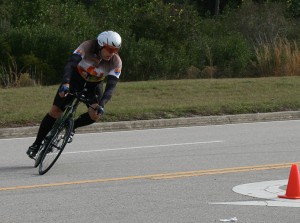 John Tenney entering the near turn 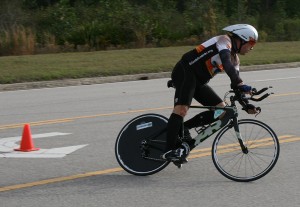 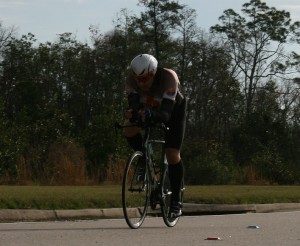 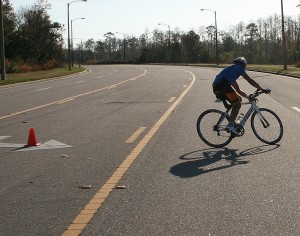 Henry Arias at the turn 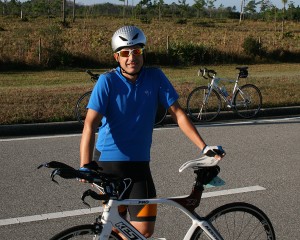 Henry Arias held the lead for most of the race 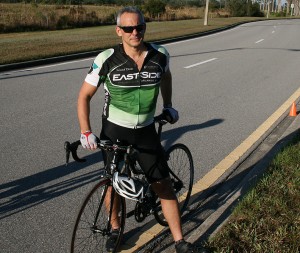 Carlos Iglesias joined us in the road bike class 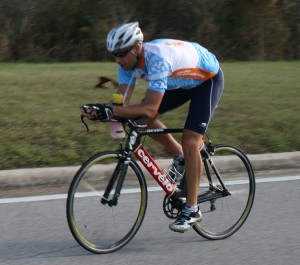 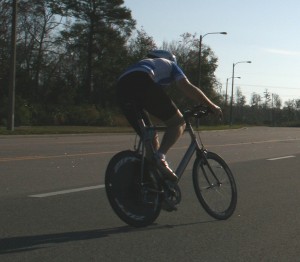 Allen Steele making the turn in his first event with us