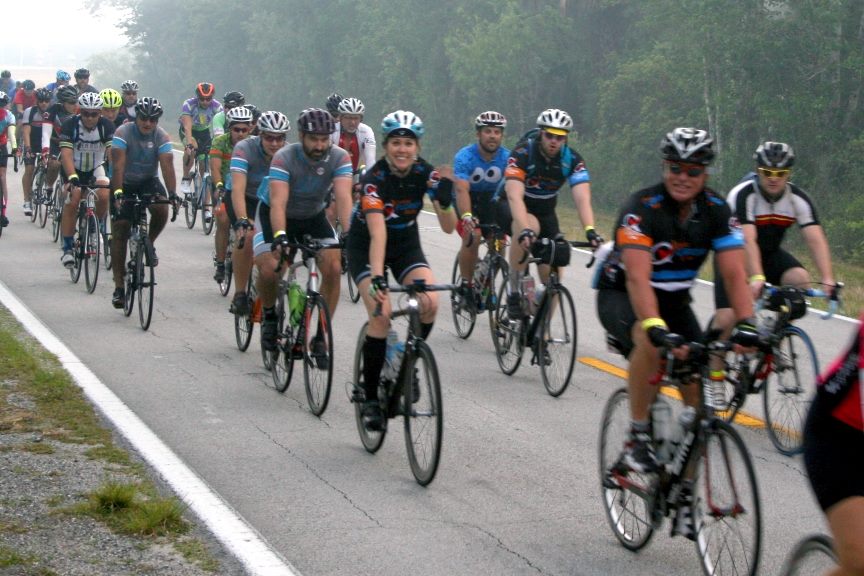 This article is reprinted in it’s entirety from try-athlete.org, written by John Will Tenney 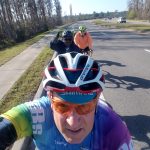 In cycling, like many other endeavors, there is safety in numbers. There is also the social aspect of cycling which is often over looked.

So, you get Group Rides. Today, I would like to discuss the different types of group rides, and the pluses and minuses of each.

Solo (Group of ONE) 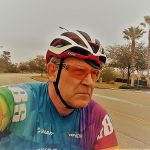 Well yeah, a group of one is still a group, especially a “gravitationally challenged” person like me. I often ride alone. This is because in my semi-retired life, I have the option of riding during the day on weekdays, or later on in the day on weekends. I wish more people could ride with me at these times, I really do.

When I do ride solo, I tend to pick well traveled, “safer” routes, such as roads with bike lanes, bike trails, shared lanes or even sidewalks. Since I commute to various meetings by bike as well, I tend to be careful about picking my routes. 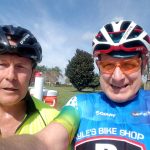 Twice as good as solo, no surprise.

In my neighborhood we have a 3.7 mile loop that about 5 of us ride regularly. We often end up in duos. Usually a conversation as well as a ride. 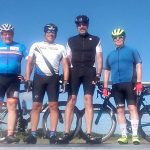 Put together as there is usually very little difference between these numbers. 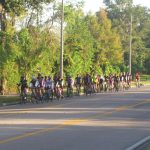 These groups run anywhere from 8 to 50 riders and are probably my least favorite type of group ride. They tend to be “organized chaos” if they are organized at all. I’ve led these groups before and it is the closest thing to cat herding I’ve ever done. By the way, road races and criteriums fall in to this category.

(The picture shown is the Eastside Cycling Club, which is actually one of the better groups. If I were to ride on a Saturday morning group ride again it would be with them or Winter Springs Cycling, another club with some discipline.)

My least favorite ride type. For years, I tried to “improve myself” so I could stay with these packs, win the sprints, and not get wrecked by a crazy cyclist. It’s very hard to get to know the riders because the group changes from week to week. 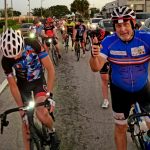 I think immediately of the KBS ride every Thursday night and I think positive thoughts. This is usually a very large ride, with anywhere from 50 to 125 riders, but it is well planned and quite safe. The route involves a destination with a loop, such as Eagle Circle or Heintzelman Blvd (The Airport). On the way to the destination, the speed is set by the slowest rider. It is definitely no drop!

Once the destination is reached, one “loop” is done at any pace desired. Many will race it. Others will ride along easily at the back. Once the loop is done, the group splits in to two – a fast group doing 22-25mph all the way back to the shop, and a leisurely group doing 16-18mph, if the slowest rider can maintain that. Surprisingly, the fast group doesn’t really get there that much sooner, maybe 5 to 10 minutes.

Then a “party” begins with food, beverages, birthday celebrations and who knows what else.

I’ll add in century rides and fondos later, but they can vary so much, depending on who is putting on, who is there, etc.