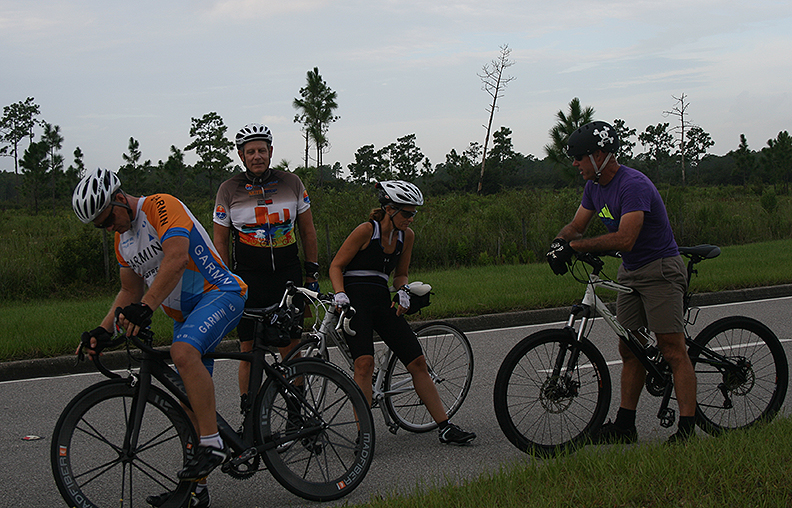 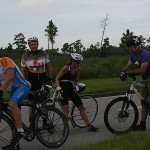 Although Tropical Storm Isaac was in the area, and probably discouraged attendance, the weather ended up being perfect for a time trial, with overcast skies, light winds and cooler temperatures prevailing at the 8am start time.

Five riders enjoyed starting and finishing to the sound of a cowbell, and received double points for braving the alarmist weather reports. The first rider went out at 8am on the 5.1 mile course. Peter Babadelis was flaunting his new, custom made, Alchemy super bike, and set his personal best record with a time of 14 minutes and 41 seconds, averaging 20.82 mph.

Ched Wells also set a personal record with 14:56 on his mountain bike, an average of 20.5 mph. Very fast for a fat tire bike!

The weekly races are now over, as we begin the fall and winter “century” season, where cooler temperatures facilitate 100 mile rides on most Sundays. The Fall-Winter Time Trial series will convene once or twice a month from now until May of 2013, dates TBD.

The Cowbell Classic ended the summer series and the series results are shown below. 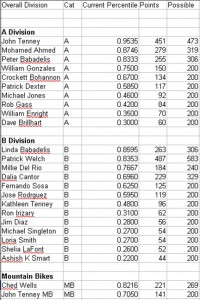