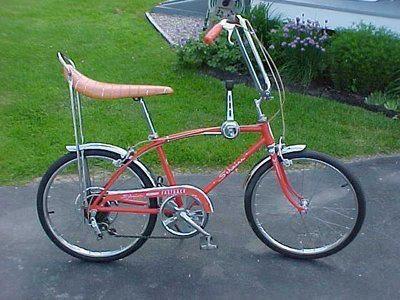 All of us probably learned to “ride a bike” at a very young age, probably on something very similar to what is pictured here.

Making the jump to sport cycling may take a little bit of doing, though. You won’t bring that pink Sting Ray to a road ride, or even a trail ride for that matter, … or would you?

If you are thinking of buying a bike, dusting the rust off an old one, or just got one and don’t know what to do with it, we may be able to help you.

What kind of sport cycling is there out there?
We at Orlando Runners and Riders do not discriminate, but here are a few of our favorites: 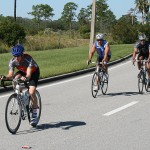 On Saturday mornings, East Orlando turns in to a road bike cycling show. There are several clubs that meet at designated times and places and go out and ride the roads. Usually there are multiple levels of expertise defined, typically by letters. For example:

A ride: Fast, furious, and a real challenge for even the more advanced riders to stay with the leaders. Usually there are some pre-planned “sprints” along the route. Expect speeds of 25+ mph.
B ride: Not as fast and usually more teamwork oriented. Less likely to be dropped but you are still expected to keep the pace. Each club has its own definition of what the “pace” is, but expect to look down and see 19-22 mph on your bike computer.
C ride: Designed for those with less experience in the “peloton”, these are typically “no drop” rides where someone is assigned to stay with the slower riders to make sure they get home safely. Expect to see 16-19mph.
S ride or Social ride: Any bike welcome, all go at an easy pace that allows conversation and sightseeing. These can also be specialty rides, such as viewing lights during the Christmas season. 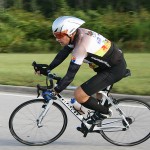 A time trial is a race against the clock and the road. Riders are sent out alone, at intervals, on a set course and times are kept. No drafting is allowed. It is probably the safest type of road racing, and a great place to enter competitive cycling. (Some of us call it the “Gateway Drug to Road Racing.”) We host time trials sanctioned by USA Cycling and require at least a one day license.

The Time Trial itself is useful for personal training, but it also is a great “How am I doing?” tool. You can watch your times go down, and average speeds go up as you progress. It is also a great study in technology and aerodynamics. 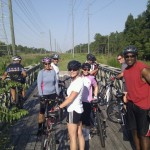 These are “off-road” rides that require a mountain bike or equivalent. One popular area is the Little Big Econ State Forest, accessed through Snow Hill Road. Much more social than road rides but not easier. Expect 5 miles of trail riding to equate to about 25 miles of road riding, exercise wise.

Club member Tim Reese tells us that “There are two main types of trails to ride when mountain biking. The first is called a “doubletrack” trail. This means that the trail is wide enough for a typical motor vehicle to drive on. These trails are excellent for beginner riders because they can see the terrain and there are no extreme obstacles. For an advanced rider a doubletrack trail can be a great way to ride quickly and build up endurance without having to worry about traffic like road rides do. The other type of trail is “singletrack.” Singletrack is narrow and only wide enough for a bicycle to fit through the middle. Most intermediate to advanced riders prefer singletrack for the twists and turns and elevation changes. Another big plus in Florida summers is the shade that singletrack provides against the sun.”

A hybrid race that combines the off road challenges of trail riding with the speed of road bikes, or at least “road like” bikes. The pros have special bikes designed just for Cyclocross, or “Cross” as it is called. We have some members who ride in some of the local events on a competitive level. We annually host the East Orlando Cross Fest.

Club member Carlos Iglesias recently competed in a Palm Bay cross race that featured a man-made wooden bridge with 45 degree angles up 12 feet, and back down. He tells us “There were some obstacles that I was supposed to think about jumping over, but that’s all I did, think about it. I dismounted and walked my bike over them, mostly because I was exhausted. It is really hard, but really really fun.” 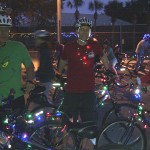 A very relaxing style of bike riding that involves some sort of touring or point to point riding. Usually less focused on speed and exercise and more focused on relaxing and socializing. In some cases it commemorates a special event, such as a “Ride of Silence” which some clubs do in honor of those cyclists who have died on the road.